Warsaw is the capital and largest city of Poland. Warsaw the 9th most-populous capital city in the European Union. Once described as Paris of the East, Warsaw was believed to be one of the most beautiful cities in the world. Warsaw is one of Europe’s most dynamic metropolitan cities. In 2012 the Economist Intelligence Unit ranked Warsaw as the 32nd most livable city in the world. In 2017 the city came 4th in the “Business-friendly” category and 8th in “Human capital and life style”. It was also ranked as one of the most livable cities in Central and Eastern Europe. Warsaw is an alpha global city, a major international tourist destination and a significant cultural, political and economic hub.

Other main architectural attractions include the Castle Square with the Royal Castle and the iconic King Sigismund's Column, St. John's Cathedral, Market Square, palaces, churches and mansions all displaying a richness of color and architectural detail. Warsaw provides many examples of architecture from the Gothic, Renaissance, Baroque, neoclassical and modern periods, and around a quarter of the city are filled with royal parks and lush gardens. Furthermore, the city is positioning itself as a cultural center with thriving art and club scenes and renowned restaurants.

The Italian daily, La Repubblica, reports that a survey conducted among international students indicates that Warsaw is one of the best European cities to study and live in, during Erasmus exchange. The newspaper notes that many Italians give high marks to study programs in Poland. The Italian newspaper highlights that the cost of accommodation is one of the lowest in Europe, there are no university fees, and the prices of food and transportation are low. In comparison, London is the most expensive city to live in, followed by Paris and Milan. 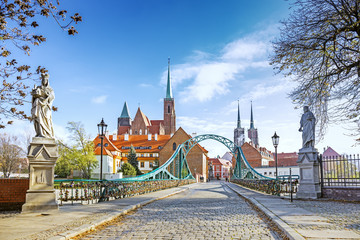